Data creation is at an all-time high, and emerging technologies like IoT are expected to only increase this trend. In fact, Forbes analyst

Tom Coughlin predicts that by 2025, there will be over 79 zettabytes created by IoT alone.

One major challenge with this massive amount of data is the memory limitations in most computer architectures. Data has to move in

and out of memory and to the processing units, causing a bottleneck in system performance.

Recently, Arm announced the release of its newest processor: the Arm Cortex-R82. This processor is the company's first 64-bit, Linux-capable

Cortex-R processor and is designed to accelerate the development and deployment of next-generation enterprise and computational storage solutions.

What problems will this new processor address?

The Problem With Computational Storage

von-Neumann architectures dictate that data always has to move between the CPU and storage (memory), causing a delay in response time for

input queries. With massive amounts of data being produced and accessed, along with the real-time compute demands of AI/ML, this bottleneck

can pose a severe challenge. 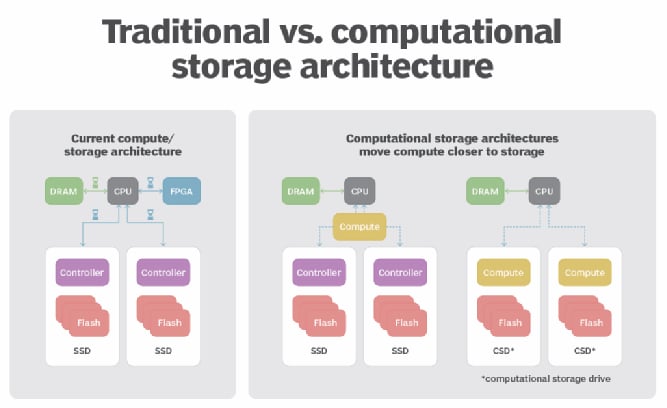 costs while achieving a higher throughput for latency-sensitive applications.

This theoretically affords storage controllers the ability to operate with different profiles during peak and off-peak hours, reassigning cores 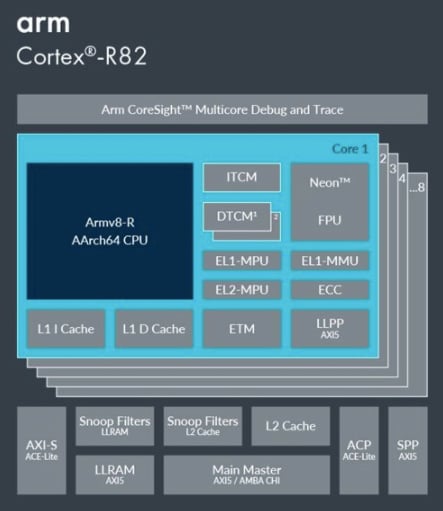 The Arm Cortex-R82 has the ability to adjust the type of workload running on the storage controller based on external demands. Image used courtesy of Arm

Arm says the new Cortex-R82 also provides up to two times performance improvement, depending on the workload, compared to previous

Cortex-R generations. This allows storage applications to run workloads (like ML/AI) at a lower latency. Arm is also extending its optional

Cortex-R82 is notably 64-bit, providing access to up to 1TB of DRAM for advanced data processing in storage applications.

The Future of AI/ML Workloads

Arm is working in the right direction with the release of the Cortex-R82 processor.

The future of ML/AI and IoT applications are going to be severely limited by the memory bottleneck present in von-Neumann architectures.

An immediate and obvious solution is to remove such limitations and design devices that can perform computations in memory. This processor

may allow designers to do just that.

Neil Werdmuller, director of storage solutions at Arm, explains the company's rationale in building the Cortex-R82:  “In a world of billions of

connected devices, data processing can no longer only happen in the cloud. Cortex-R82 will help to ensure companies can generate insights and

extract the most value out of their future IoT deployments more efficiently and securely.”